Yonatan Levoritz, widely recognized as a champion for the rights of his clients, has an enviable record of winning challenging and complex cases. With extensive experience in litigation, appeals and all areas of Matrimonial and Family Law, Mr. Levoritz has attained the rating of 2021 AV Preeminent® by Martindale-Hubbell®—the organization’s highest rating for legal ability and ethical standards—as well as Super Lawyer rating for 2019-2020 and 2021-2022. 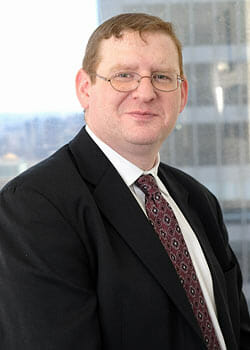 Soon after being admitted to the New York Bar on March 30, 2005, Yoni founded the Law Office of Yonatan S. Levoritz, and quickly acquired a reputation for success based on his holistic approach to a wide range of legal issues that span civil, criminal, business, matrimonial, and appellate law, as well as estate planning and elder law. By 2008, his extraordinary success in and out of the courtroom led to his being named Professional of the Year in Matrimonial Law by Strathmore’s Who’s Who. At the time, he was the youngest attorney to be awarded this honor.

Because of the multi-dimensional skills of attorneys at Levoritz Law Firm, we handle complex cases. Rather than referring clients elsewhere, the firm uses lawyers who are either on staff or have a close relationship with the firm who have diverse backgrounds — from Commercial to Trusts and Estates to High Stakes Litigation — to offer its clients more perspectives into the various aspects of their case and how to handle their issues.

“When I started out, the jobs that were available to young lawyers pigeon-holed them into certain aspects of the process. You couldn’t see the big picture. The job was always about examining one piece of a case, and then putting the case together… like it’s on a conveyor belt. Our firm is much more holistic than that.”

The Levoritz Law Firm sought to do things differently from other firms and always makes sure that every client will be helped equally, bringing the same high level of personal attention and dedication to each case, no matter its size. The practice focuses primarily on New York County as well as Westchester, Rockland, Nassau, and Suffolk Counties.

“I strive to provide clients with a high level of analysis and detail to the facts and law on any issue that may come up in a case. I am able to tackle even the most complex and high-profile cases.”

Yoni is actively involved in all the Levoritz Law Firm’s cases, working closely with attorneys, consultants, and witnesses to achieve the best possible outcome for each client. During the course of his career, Yoni has amassed experience in several legal areas, including business and civil law and appeals, but he has long concentrated in matrimonial and family law. In fact, he handled his first custody case as a third-year law student working under a student practice order. He also drafts appeals regularly —some of which have made caselaw—and even had published decisions well before he graduated.

“Many lawyers are warned not to make a case personal. But we’re fighting for people. So, while it is important to be objective, it is just as important to be empathetic with the challenges our clients are facing.”

Yoni has represented numerous celebrities and other high-net-worth individuals in the family law and matrimonial field. He is also a strong father’s rights advocate, having represented husbands and fathers in family law matters ever since his days in law school, and he seeks to protect their rights in a system that often appears to favor mothers in divorce and custody matters. Yoni loves his work and is motivated to achieve success on behalf of his clients.

Yoni has been involved in several important and newsworthy cases. He has gained significant visibility in New York for handling lawsuits with important issues and rulings. Some of these include: 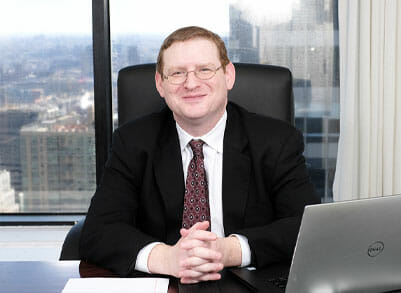 Yoni has also been quoted in national publications for his legal experience. One such case was the Bachelor in Paradise lawsuit involving Corrine Olympios and Warner Bros. Yoni was quoted in People magazine, giving his insights into factors impacting the legal dispute.

In addition to a strong matrimonial law practice, Yoni has represented hedge fund managers, owners of multimillion-dollar businesses and professionals; opened his own successful businesses; and had extensive securities trading experience, having passed the Series 7, Series 63 and 65 – all of which have given him invaluable insights into the needs and challenges that businesses and organizations face today. Being a lawyer has always been his passion, and he puts in long hours in pursuit of success.

“I enjoy the challenge of complicated cases and using different concepts to seek to obtain the best possible results for the client.”

…..
Fill out the form below to let us know how we can help you. Our team will be in touch to arrange a consultation. 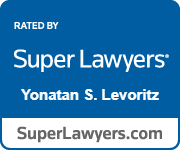 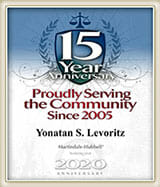